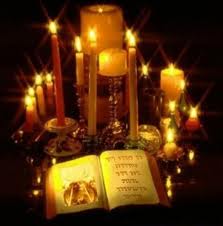 When the day’s news is about “witches,” many Americans reflexively conjure up images of ugly, wicked hags from stories like “Snow White” and “The Wizard of Oz” – or more recently, the smiling “good witches” of Harry Potter books and films. But none of these fictional fantasies has anything to do with the real thing.
Titled “WITCHCRAFT IN AMERICA,” Whistleblower explores Wicca in particular, and the New Age movement in general, in this dramatic, entertaining, but powerfully eye-opening and mind-boggling investigation.

What is witchcraft? Is it the same as Wicca? Is it a form of Satan worship, as critics allege? Or can witches be good? Can they really cast spells that somehow call forth the spirits beyond the world of nature to help them accomplish their will – whether good or evil? Is magic real? Why do witches often perform their ceremonies naked? And most of all, why do so many people today aspire to be witches?
Wicca is an official, legal religion in the U.S., and a fast-growing one at that. Judges have ruled that witches must be allowed to lead prayers at local government meetings, and that Wiccan convicts must be provided with requested “sacred objects” so they can perform spells in their cells. Witches in the armed services have even formed covens and routinely “worship” on U.S. military bases.

How did this happen – and why?

“Witchcraft, sorcery, magic and idol worship have been around since the earliest days of man,” said WND Editor Joseph Farah. “They do, indeed, pre-date Christianity as we know it today – just as their practitioners like to point out with pride. But they do not pre-date the God of Abraham, Isaac and Jacob – the one who created the universe. They are, in fact, part of a rebellion against Him and His laws.”

Added Farah: “Ever since the 1960s, this rebellion has been growing. It’s kind of the spiritual side of the political and social rebellion that took place in the latter part of that decade. Yet, this spiritual rebellion has continued unabated since then, and has grown exponentially faster and darker with each succeeding decade.”

“The great deception has begun” by Joseph Farah
“Why so many Americans are embracing witchcraft” by David Kupelian, on the growing fascination with all things pagan, occult and magic
“Top exorcist condemns ‘Harry Potter’” – on the Vatican’s top experts who says there’s “no doubt the signature of the Prince of Darkness is in these books”
“Evangelical Wiccans?” by Janice Shaw Crouse, on reports from youth ministers in the Southern Baptist Church of increasing number of evangelicals dabbling in Wicca!
“Spellbinding a culture” by Tal Brooke, an eye-opening overview of the emergence of witchcraft in the modern world
“Witch gets ‘burned’ by Supreme Court” by Joe Kovacs, on a Wiccan priestess angry that Christians are favored for prayers at county meetings
“Wiccan boy booted for wearing lipstick,” about a public school student claiming discrimination and violation of his right of free expression
“Witchcraft in the military” by Brooks Alexander, an in-depth and shocking look at how and why pagan religion has taken root in the U.S. armed forces
“Wiccans meet on Air Force base” by Ron Strom, on how witches’ gatherings get the military’s blessing as long as they’re not contrary to “good order”
“Witches persuade government to fund pentacles on headstones”